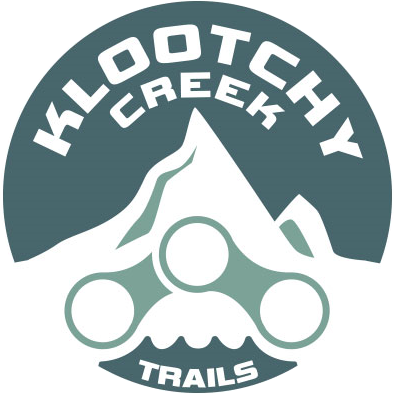 In April 1899 a boy found a body on the Sugar Loaf Mountain Trail. It was that of one of two timbermen from the east who hired Antoine Cloutrie to help lead a group of four timber cruisers who were found dead in different locations on the trail.
Cloutrie’s body was found last, sitting up on a log with a can of beans. Autopsies pretty well established that they had all died an agonizing death from Ptomaine poisoning. 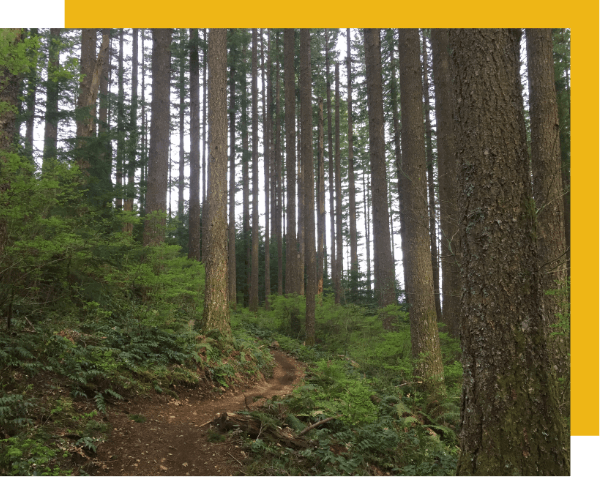 The Cloutrie name has been misspelled and mispronounced to the extent that a creek named in his honor is widely known as a misnomer.
Klootchy, as we say today, is now the name of a creek that runs into the Necanicum River by Klootchy Creek County Park. The park is just off of Hwy 26, just 2 miles east of the junction with Hwy. 101 between Seaside and Cannon Beach. The park was also home to the Klootchy Creek Sitka spruce which was the first tree designated as an official  Oregon Heritage Tree and was once the biggest tree in Oregon (by volume) and National co-champion Sitka spruce. It began life from seed around the year 1215 and was quite magnificent in its old age until the end in 2007. It is now a magnificent stump
Today Klootchy Creek County Park 2.0 hosts the parking and staging area for the mountain bike trails. The trails opened in July of 2019 and are possible because of a partnership between Clatsop County Parks, Lewis and Clark Timberlands managed by GreenWood Resources, and the North Coast Trail Alliance. The trails are built and maintained mostly through volunteers and funding from private and tourism dollars. The trails system is designed to cover all ability levels and different riding experiences. We welcome all riders.